Perhaps it’s because I’m a seven-year old child of divorce. Or maybe it’s

because I’m a recent dad who, like Reverend Ames in Gilead, comes to parenthood later in life than most men. Or maybe it’s because the prose is so damn exquisite that the only aesthetically culpable reaction is to linger over certain passages and share them with others, in the hope that their poignancy burns an after-image in memory’s blinking eye. A worthwhile
hope, that.

Sometimes I confused the cries of the sirens with my sons night-time cries. I would leap out of bed and go to his bedroom and helplessly kiss him, even though my rough face sometimes woke him and I’d have to stay with him and rub his tiny rigid back until he fell asleep once more.

What father hasn’t worried over and lightly touched his son’s back as if reading or imparting a Braille message? Then there’s this whiskey-scented prelude to a papa’s waltz…

I was a little drunk; I couldn’t resist brushing my lips against his flushed cheeks. How hot his two-year old skin was! How lovely his eyelids!

In a train, on the way to work, Hans is softly singing a Dutch lullaby to himself, thinking tenderly of his son.

I hummed this nonsense about pigs and beans and cows and clover to my faraway son, tapping my knee against the underside of the lowered tray as I imagined his delighted weight one my thigh… Unseen on this earth, I alighted at Albany-Rensselaer with tears in my eyes and went to my meeting.

There are several other father-son passages I’d like to share. But you’ll just have to chase them down yourself.

Time to play with my boy!

By Pulitzer Prize-winning author Marilynne Robinson, Home is a story about Jack Boughton’s return to Gilead, Iowa after a 20-year absence. His father Robert Boughton is a dying widower who is cared for by Jack’s 38-year old sister Glory Boughton. Through her eyes, through her hopes, sorrows, and disappointments, the story of Jack’s homecoming is told. A lost and scoundrel soul, Jack returns to Gilead with a carefully guarded plan to set his life aright. His stay is fraught with anxiety and tenderness, vulnerability and hope — always hope, especially by those who love him most and can be profoundly hurt by him. Countless scenes are so deeply moving that one stops in sheer amazement, as when Robert Boughton, eager to spend time with Glory, falls asleep at the table with his fork in hand, or when Jack gracefully plays the piano for his father’s enjoyment. Robinson is a master at evoking the reader’s deepest layers of experience, as well as making the presence of the past (excuse the expression) palpable in such everyday objects as shirts and lampshades. A marvelous achievement, Home is well worth your time. Savor Gilead first, otherwise a rich dimension of meaning will be lost, or as Robinson unforgettably writes in Gilead, you will miss “the great taut skeins of light suspended between them.”

Cross-posted from Between the Lines.

There are a dozen or so books I’ve looped over the years, that is, turned the last page only to start the first one again. A book that never ends, as it 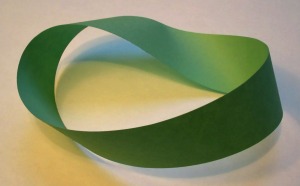 were. My favorite. Of the books I’ve recently looped, a few stand out as truly remarkable achievements: Crowley’s Little, Big; Cather’s My Antonia and The Professor’s House; Roth’s Patrimony and Counterlife; Thomas Savage’s The Power of the Dog; Saramago’s Blindness; and Marilynne Robinson’s Gilead and Home. The great and wonderful thing about a book you’ve looped is that it takes on a whole new dimension of importance. It even looks different. Books on a shelf organize themselves around it, as if they were showing it off or protecting it. I have no qualms about putting my coffee cup on The Orchard Keeper, but if I so much as sense a disapproving glance at Blood Meridian, I’ll submit your ass jiu-jitsu style, fast. Magical conspicuousness does have its drawbacks—as I learned last night, when my son, with his greedy, ravening hands, dumped Robinson on the floor as if she were a colander or a salad spinner. I shuddered. When I regained my composure and told him that everything he does is cute — that, a lie — I picked up Home and began slowly re-reading passages at random, only to close the book and smile on my good fortune. A kind of nostalgia or reverie or attunement, indescribably pleasant, swept over me. A word or a thought-feeling glinted in some deep layer of my awareness: luminous or frailty, hopeful or ashamed. And with that, I opened the book again and read a new passage, savoringly. Damn! Robinson can write. She makes Roth and Morrison look like lumbering tourists with disposable cameras trying their best to snap-snap-snap the Great American Photograph. That’s why I nominate Robinson as one of the greatest living American novelists. Anyhow, more on Home in a later post…